Shahbaz Hussain is regarded as one of the leading tabla virtuoso’s of his generation. He has received numerous accolades for his captivating performances, including receiving the prestigious “Son of Lahore” Award from the Government of Pakistan in 2008.

Shahbaz is an extremely versatile tabla player. He has mastered all the imperative traditional skills as well as the ability to project those skills to more contemporary styles. His solo performances have gained great recognition all over the world. He is also much sought after for his accompaniment skills by many of the great masters musicians of India & Pakistan – including Ustad Salamat Ali Khan, Ustad Shahid Parvez, Ustad Rais Khan, Ustad Fateh Ali Khan, Pt Hariprasad Chaurasia and ghazal legend Ghulam Ali to name but a few.

Shahbaz regularly travels across the world to present performances, including throughout Europe, North America & the Asian subcontinent. He has performed in many prestigious venues, including the Smithsonian Institute in Washington D.C., Lincoln Center in New York and London’s Royal Albert & Queen Elizabeth Halls. His band, Indus, has received critical acclaim for their debut album Firefly and they continue to tour the UK & internationally.

Shahbaz is also passionate about passing on the knowledge of tabla to others. He is a dedicated teacher and regularly teaches across the country, including at the University of Newcastle and the University of Huddersfield. 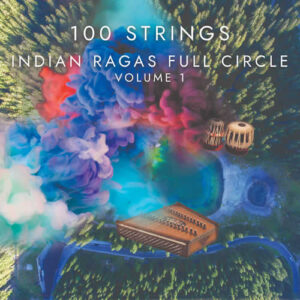