Flamenco artist Abraham Carmona (guitar, vocals and bass) is joined by virtuoso guitarist Ignacio Lusardi Monteverde – Flamenco Guitar, who hails from Buenos Aires, in an adventure that goes deep into the heart of the Duende, past, present and future. Drawing from the traditional “Puro” Abraham is the third generation of guitar masters, born into and growing up surrounded by traditional Flamenco music and culture. See them both perform at #LaClaveFest19!. 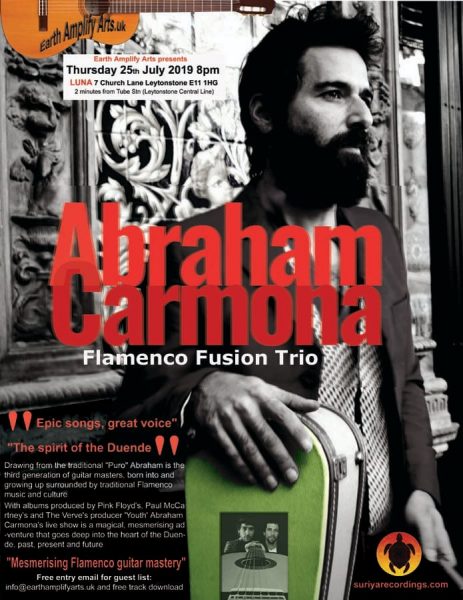 Come and enjoy some “Mesmerising Flamenco guitar mastery” from Abraham Carmona this Thursday at Luna in Leytonstone. For your FREE ENTRY and a free track download email info@earthamplifyarts.uk 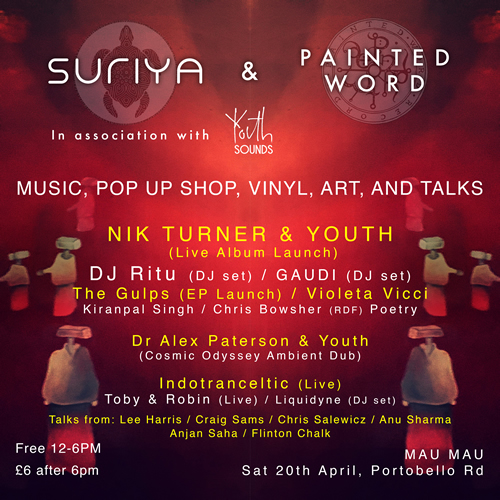 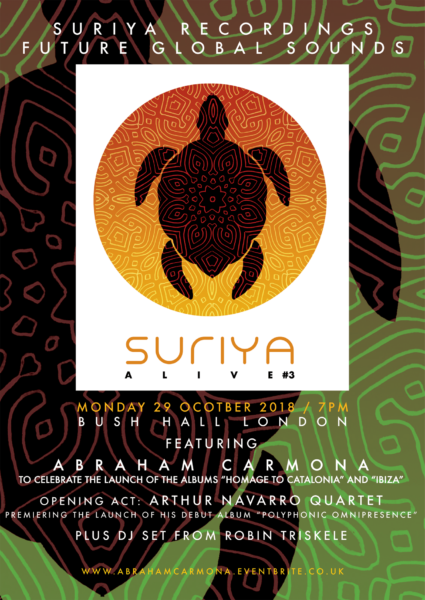 Join us for an intimate evening as we showcase both releases.
Supporting acts:

* DJ Robin Triskele on the decks.

DJ Youth (Martin Glover) has achieved near mythical and a somewhat legendary status as a musician, artist, producer and DJ.

DJ Alex Paterson the Godfather of ambient house and co-founder of The Orb.

Jamie Grashion AKA Cosmic Trigger producer/mixer, has worked with the likes of The Orb, Gaudi and many more.